Why isn't my campaign sending yet?

You set up your campaign and everything looks great, but for some reason your campaign isn't sending or it's just not sending to certain prospects. If you're scratching your head wondering why, there's a couple reasons why your campaign might not be sending yet based on some settings in your Mailshake account.

Sometimes it might be because you have too many campaigns sending at once or maybe you don't have a sending mail account assigned to the campaign yet. More commonly, it's because you may have paused one of the following:

And lastly, if your prospect has any Text Replacement errors, this will prevent emails from going out. You can usually avoid these by having fallback text when using Text Replacements in your sequence messaging.

Here's how to solve for these common reasons why your campaign isn't sending yet.

Too many campaigns Sending at Once

If you have too many campaigns sending at once, the number of emails to be sent across all of your running campaigns might be higher than your Sending Calendar limit (max number of emails per day). You may need to increase your Max Number of Emails Per Day by editing your Sending Calendar Rules. If you're still warming up your sending email, you may need to wait for your campaigns to finish sending.

You can view upcoming sends on your Sending Calendar. To get there, head to Mail Accounts, then click Sending Calendar. If you have multiple sending email addresses, select the correct one from the drop down above the sending calendar.

As you create your campaign you'll get to select the mail account you want to handle the sending for your campaign but you can choose the 'I'll decide later' option if you'd like. In this case, you'll need to update your Sending Settings to make sure you have a sending mail account assigned to the campaign before it can start sending.

When you upload lists to Mailshake, we give you the ability to pause individual lists. This is helpful if you have two or more different lists and want to prioritize sending one over the other. Or perhaps you're just not ready to send to that list.

Check your campaign's list to see if they are paused: 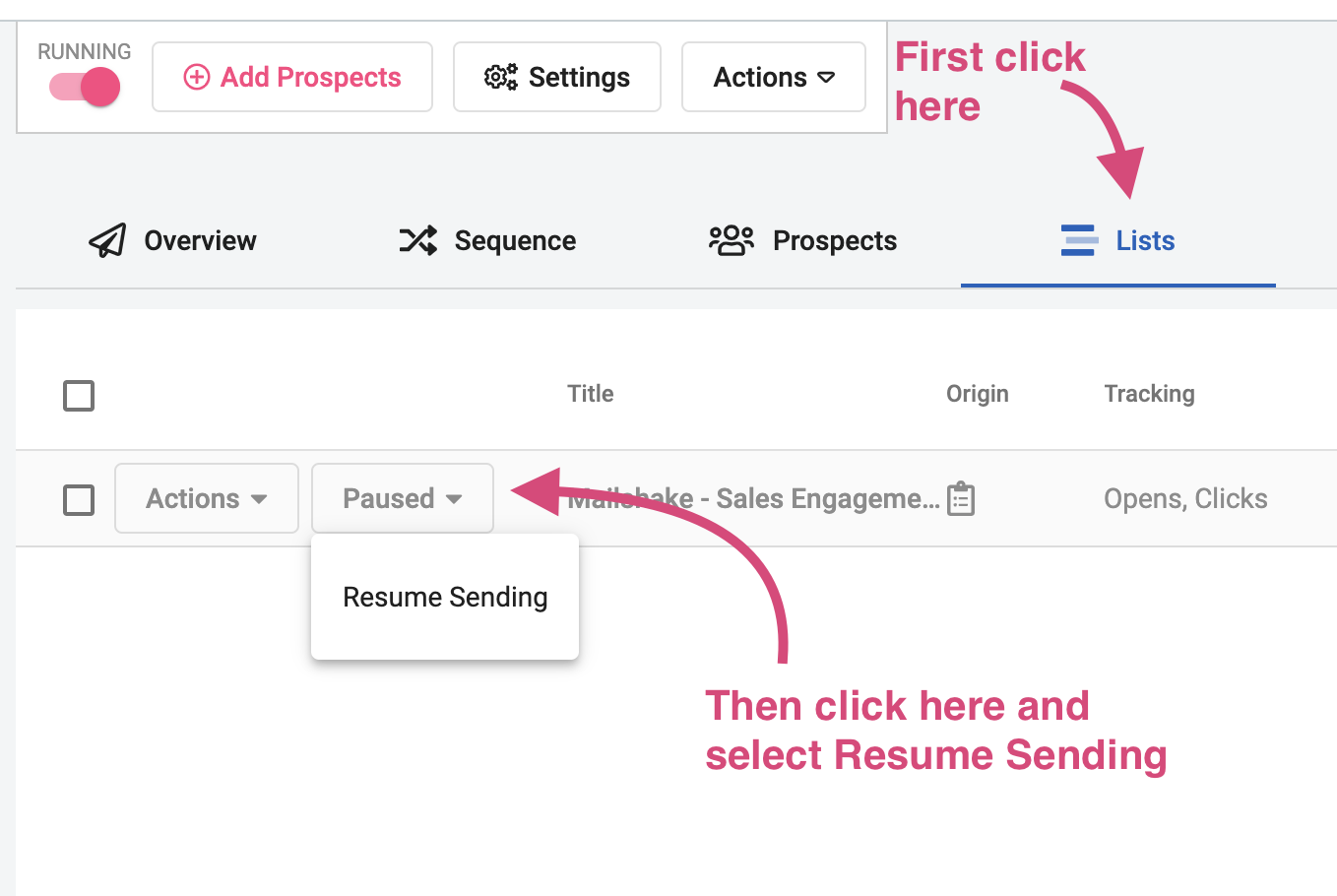 If your campaign seems to be sending for some prospects, but some prospects you've added aren't sending, first check to see if they are paused.

If this doesn't solve it, skip to the section "Prospects with Text Replacement Errors" below. 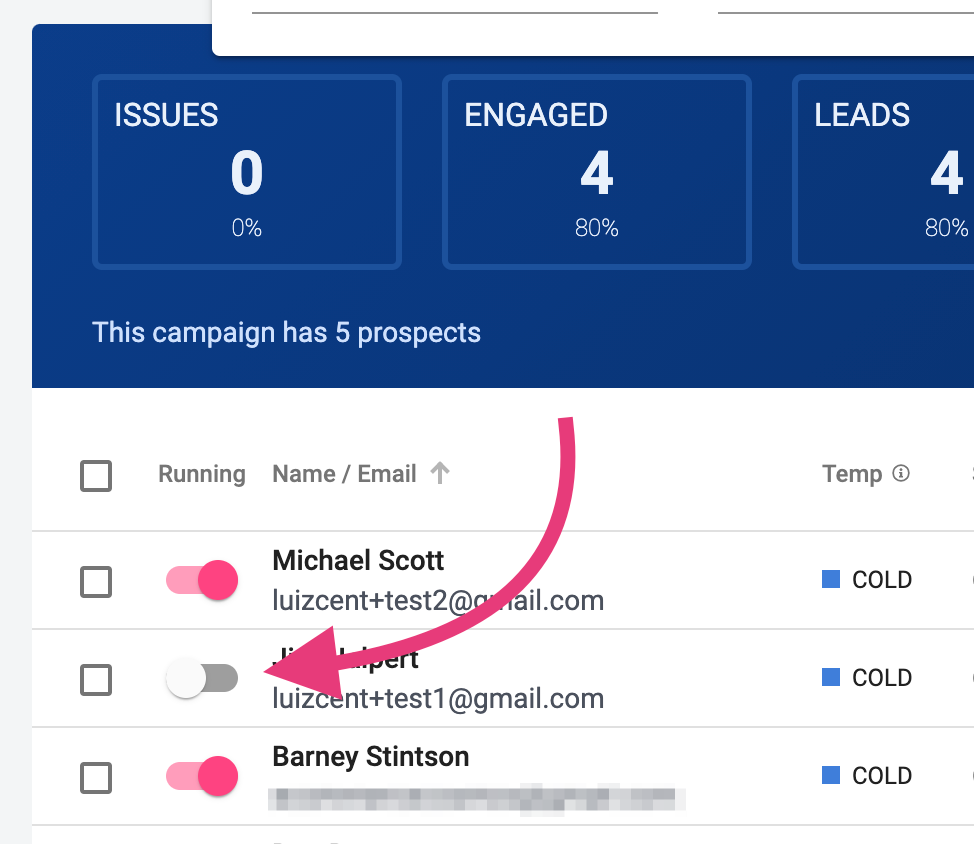 Paused Campaign Messages in your Sequence

When you pause messages in your campaign sequence, this will stop sending that message and any subsequent messages. Mailshake will not skip over that paused message to send following messages in the sequence.

To unpause a campaign message: 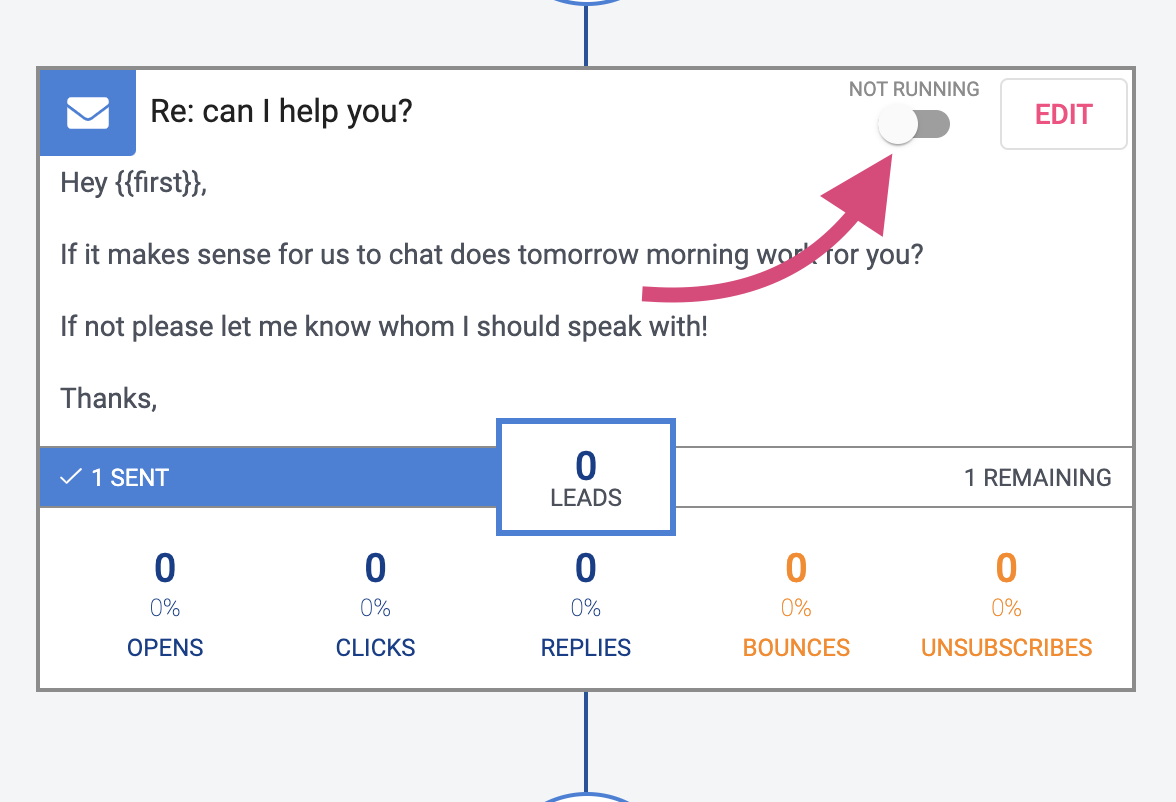 To unpause a campaign, click the grey Running toggle next to the campaign's name to unpause the campaign. The campaign will resume sending where it left off. It will not repeat the campaign.

On the Campaigns page: 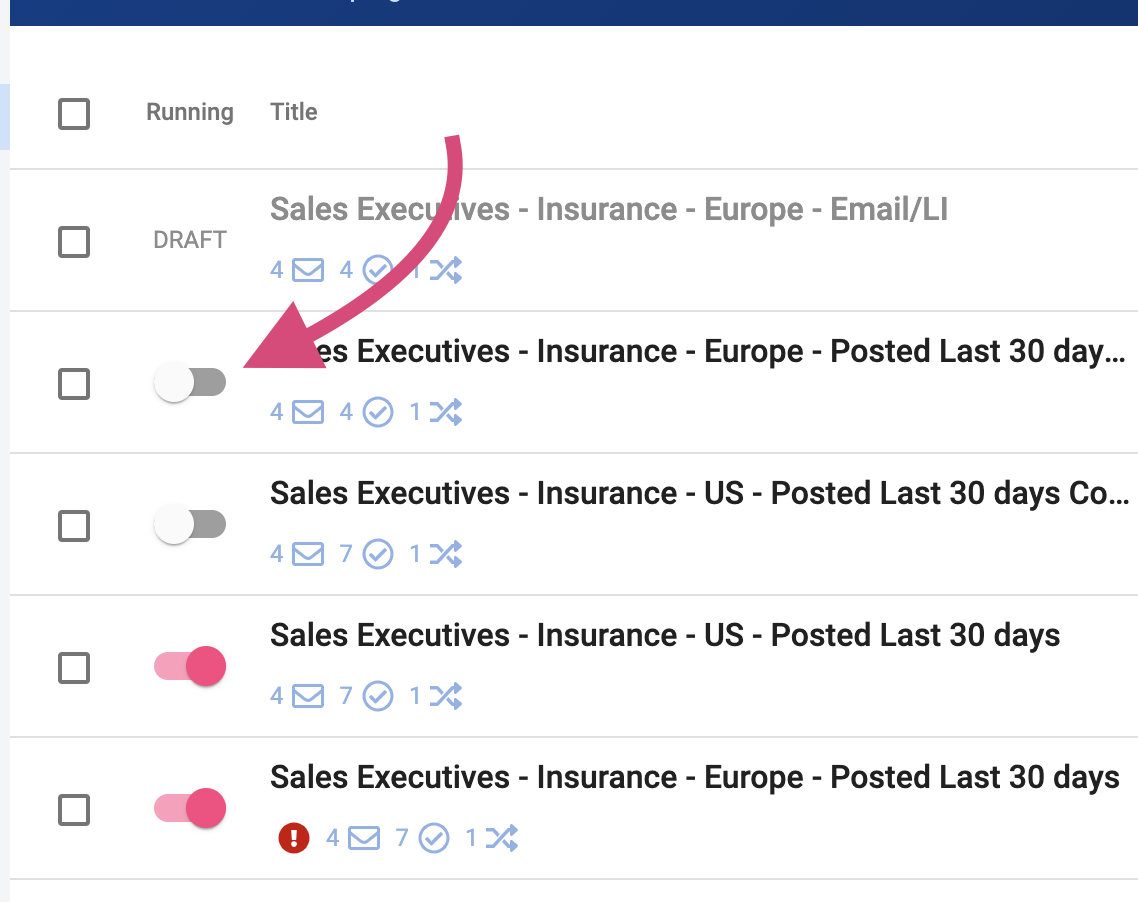 In an individual Campaign:

To see which prospects have text replacement errors:

To fix these text replacement errors, you can personalize their individual emails.