Where can I find campaign performance data?

Campaign data is viewable in a few places:

When viewing the list of your campaigns you'll see some basic campaign stats and percentages by each campaign:

In the Campaign Overview just below your Sending Calendar, you'll see your campaign stats which show both a numerical value and percentage for each stat. You'll also have the option to view data for All Prospects or All Sends.

All Prospects - These stats are per prospect. You'll see just one send reported here even if a prospect has been sent a few messages from your campaign.  You'll also only see one open, click, or reply reported for each prospect even if they took those actions more than once.

All Sends - These stats show ALL opens, clicks, sends, and replies across all campaign messages.

If you're running an A/B test campaign you can quickly compare each segment here as well!

When you move to the Sequence tab you'll see stats per campaign message. 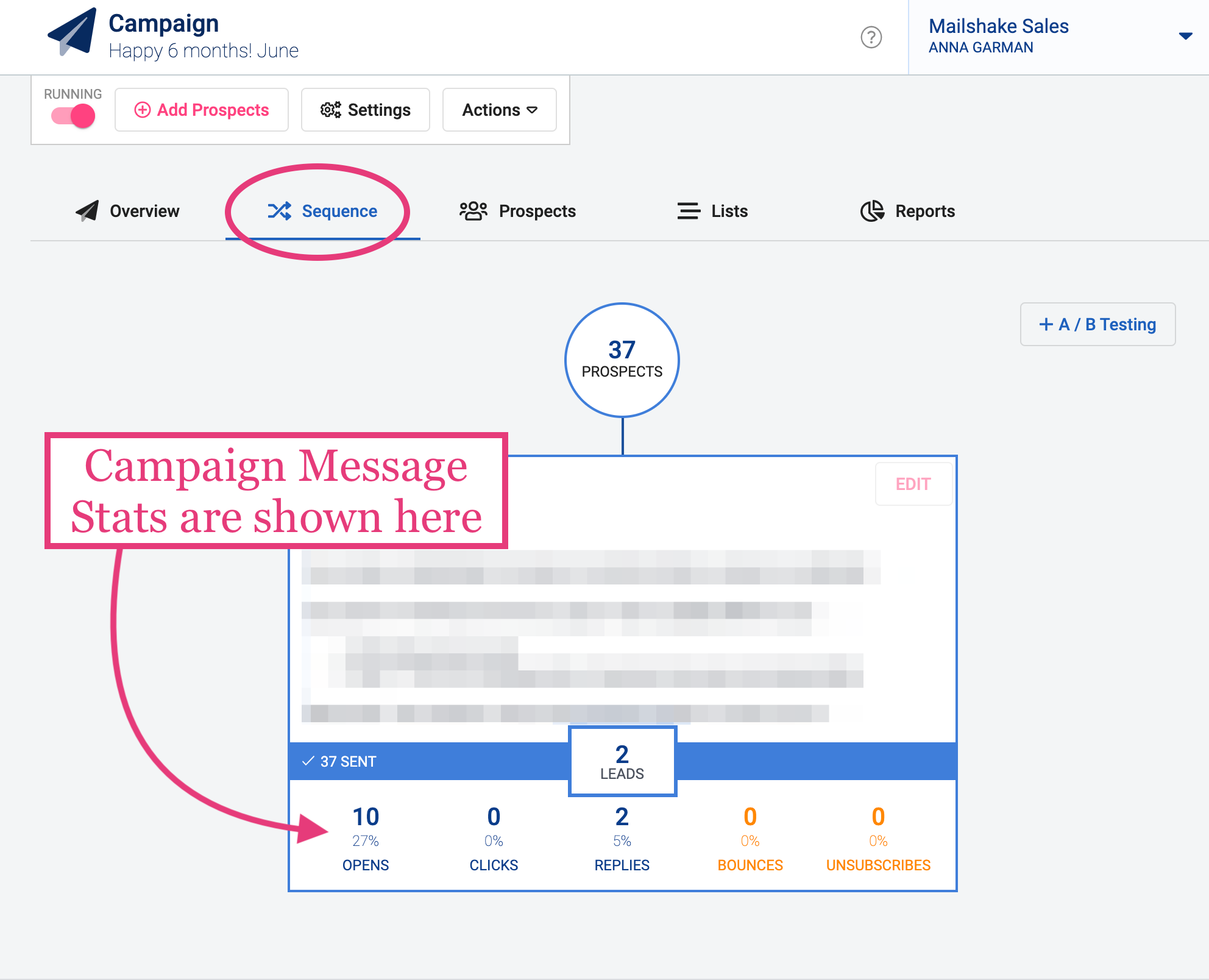 Want to know more about these reports? Check out this guide: TYPES OF REPORTS

You can export your campaign results by clicking Actions then selecting Export and choosing the Sent Messages option.

This file is a great option when you're looking to view data per prospect.  The Sent Messages export will show you how many times a prospect opened your email or clicked a link. You'll see the date you first sent them an email along with dates of replies, bounces, and unsubscribes for each prospect!