How do you customize Lead Catcher settings?

In the campaign wizard

If you're in the process of creating a campaign you'll see Lead Catcher settings in the Basic panel. Click on Lead Catcher to expand that section

After a campaign has started

Changing how leads are captured

When choosing which actions you want to have Mailshake qualify someone as a lead, it's important to know what becoming a lead does. Once a prospect becomes a lead they'll stop receiving any follow-up or on-click messages that you've set up in your campaign sequence. Once a prospect has become a lead there isn't a way to add them back into the campaign.

By default, any one who replies to one of your messages will qualify as a lead. You can add other actions and customize your lead catcher settings.  Here are a few examples: 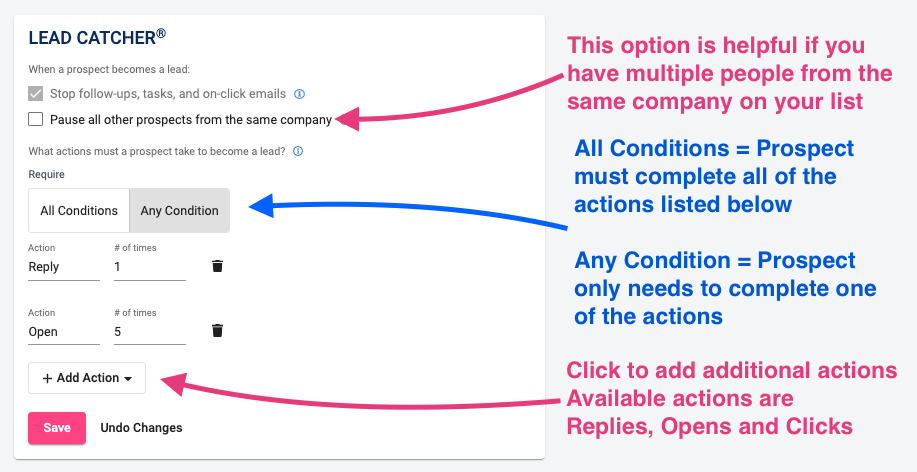